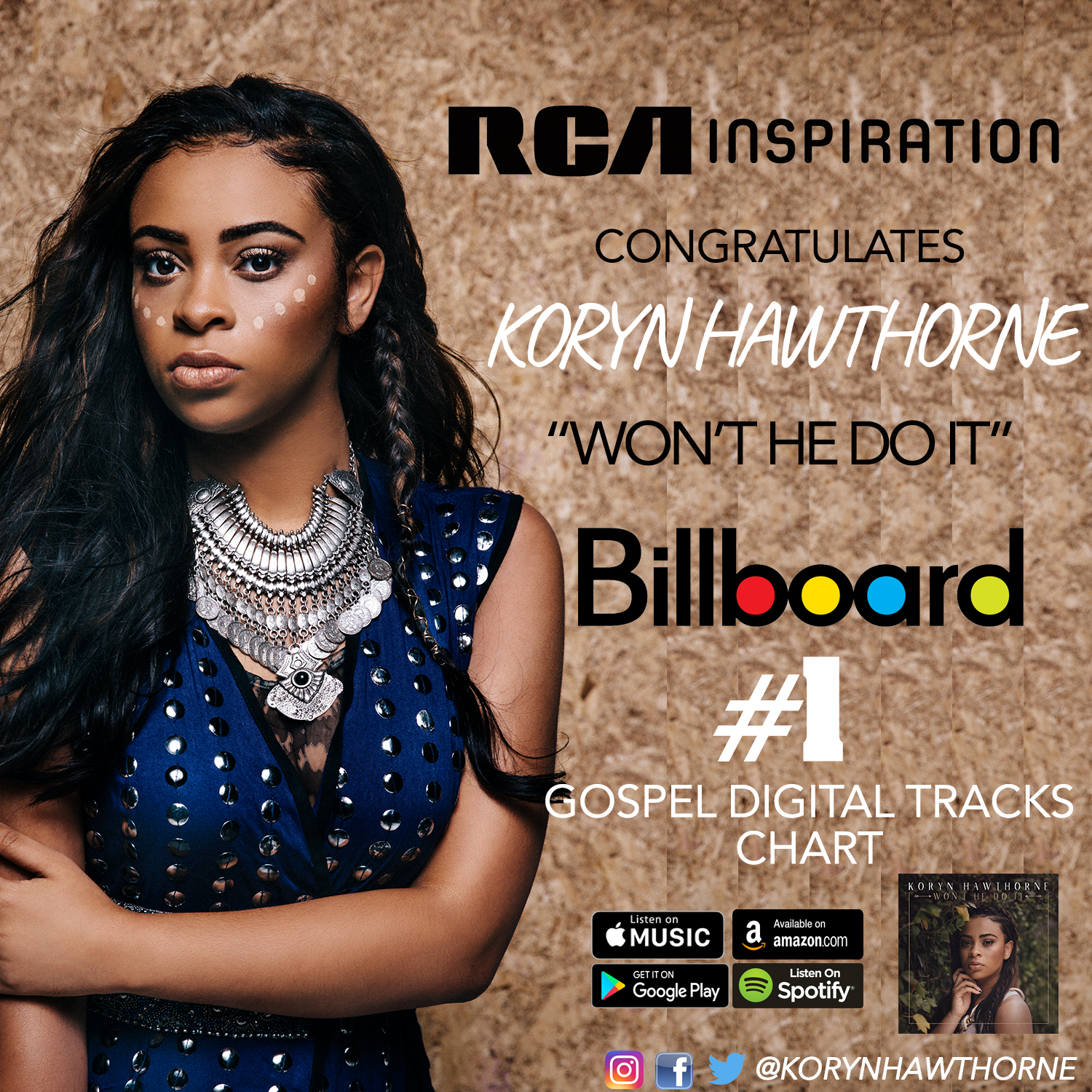 Nashville, TN (February 6, 2018) – Koryn Hawthorne continues to garner attention with her stunning artistry and sterling voice, as her hit single “Won’t He Do It” hits #1 on the latest chart for Billboard’s Gospel Digital Tracks.  The hit song off of her acclaimed debut project, the Koryn Hawthorne EP, “Won’t He Do It” also remains a top hit across multiple Gospel charts, at #4 on the latest charts for Billboard’s Hot Gospel Songs and #7 for Gospel Airplay.

At 20, the young Louisiana native and former “The Voice” finalist is a compelling force to be reckoned with, carving a unique creative path, modern sound, and positive message that has enthralled fans since her previous #1 singles for “How Great Thou Art” and “Oh Mary Don’t You Weep.” Since the release of her debut EP, where she collaborated with renowned producers and songwriters such as GRAMMY®-winners Warryn Campbell, Aaron Lindsey and Bernie Herms, Koryn’s fresh, inspiring outlook and heart for serving her faith has captured the attention of industry superstars, peers and music lovers everywhere.  Following appearances at the Dove Awards, where she performed on the pre-show with Branan Murphy for their song “All The Wrong Things,” Koryn has also garnered accolades for the upcoming 2018 Stellar Gospel Music Awards in March, where she is honored with 2 nominations, for New Artist of the Year and Contemporary Female Vocalist of the Year.