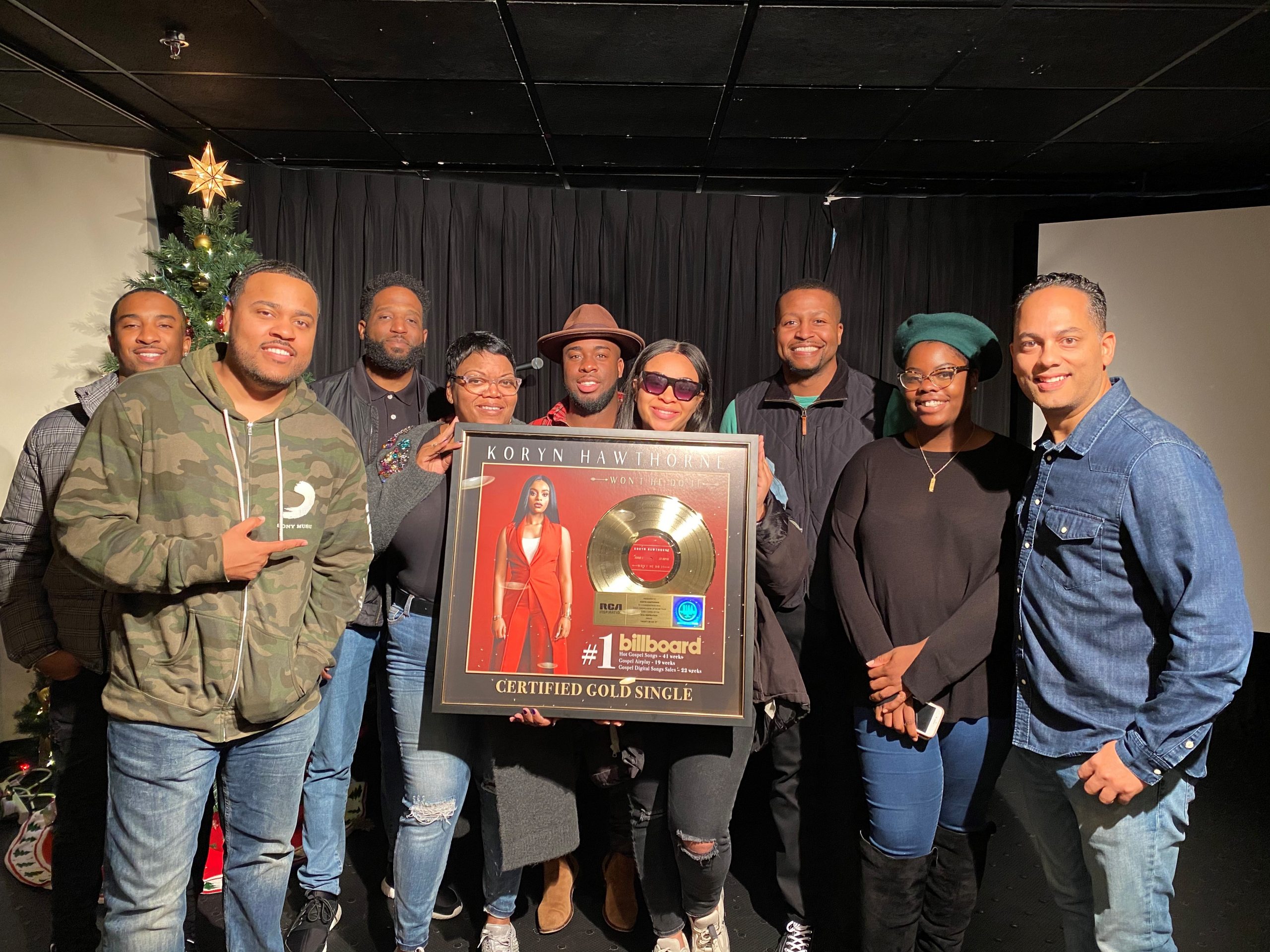 Nashville, TN (December 17, 2019) – On December 16th, GRAMMY® nominee, Billboard Music Award and NAACP Image Award winning artist, Koryn Hawthorne, was presented with a gold plaque commemorating her #1 smash hit “Won’t He Do It” being RIAA-Certified Gold® by her record label, RCA Inspiration. The chart-dominating single placed #2 on Billboard’s Decade-End Hot Gospel Songs chart, #1 on Billboard’s Hot Gospel Songs chart for 41 weeks, the Gospel Airplay chart for 19 weeks, and the Gospel Digital Songs Sales chart for 22 weeks. Additionally, Hawthorne set a new record with “Won’t He Do It” earlier in 2019 becoming the female Gospel artist with the longest rein at #1 on Billboard’s Hot Gospel Songs chart upon the song’s 26th week in the top spot. RCAI presented Hawthorne with the gold plaque at their office in Franklin, TN.

Hawthorne first burst onto the world stage as a top-four finalist on NBC’s The Voice. She went on to release her debut album, Unstoppable in 2018. The album debuted at #1 on Billboard’s Top Gospel Albums chart and garnered over 1.2 million streams in its first week of release. In addition to winning the NAACP Image Award for Outstanding Gospel Album and a Billboard Music Award for Top Gospel Song in 2019, Hawthorne garnered a GMA Dove Award for Top Gospel Song and a Stellar Award for Music Video of the Year in 2019. Also, “Speak The Name,” another single from Unstoppable featuring Natalie Grant, is nominated for a Best Gospel Performance / Song for the 62nd Annual GRAMMY® Awards.

Grateful for the reception that “Won’t He Do It” and Unstoppable have received, Hawthorne says,

“It is motivating to see all the hard work pay off and it makes me excited to see what more is to come, especially since this was my first single. I’ve always dreamed of this, and now it’s finally happening!”