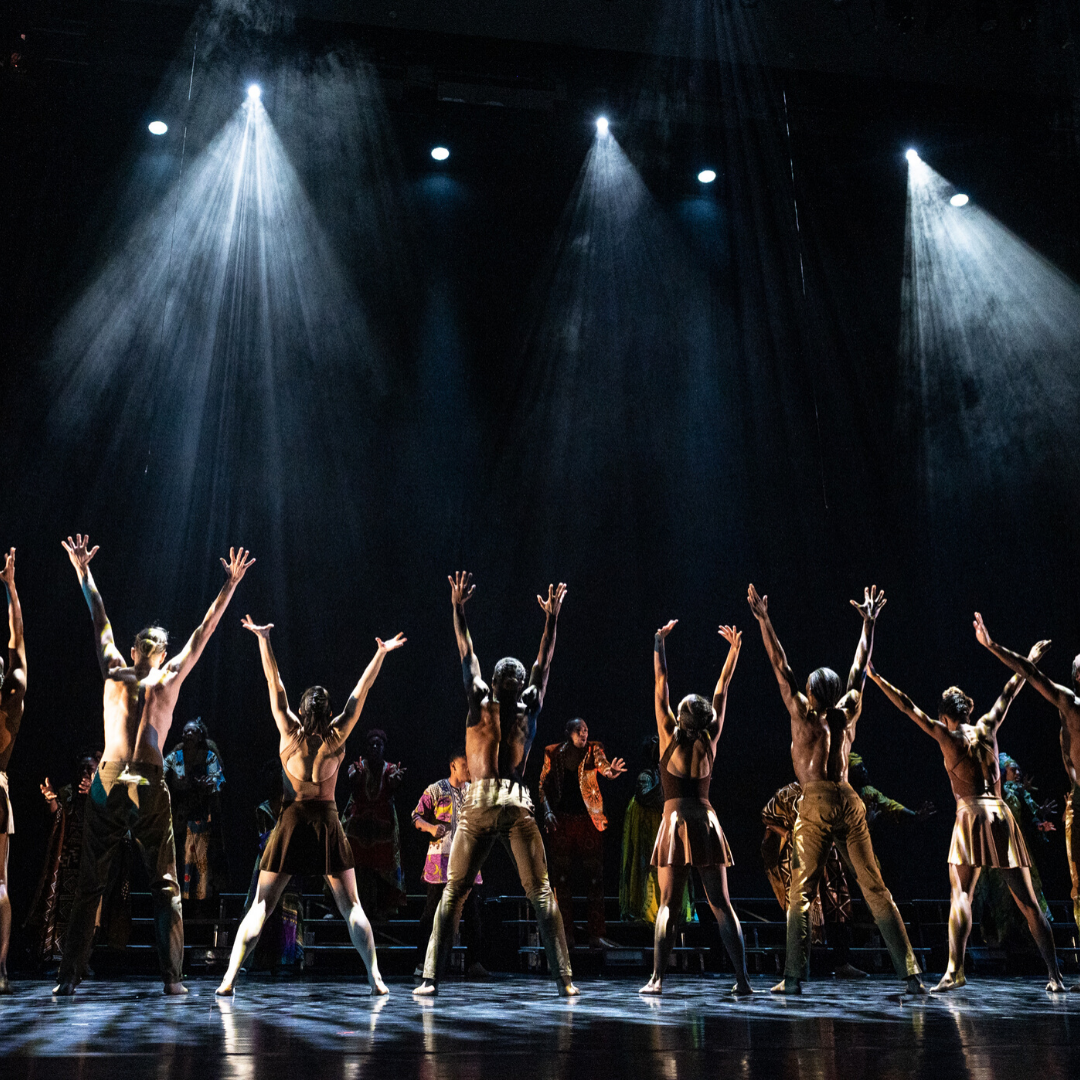 COMING TO BROADWAY IN CHICAGO’S BROADWAY PLAYHOUSE AT WATER TOWER PLACE MAY 22 – 31, 2020

Performers include 11 Deeply Rooted dancers, 8 principal singers, and 11 choral singers. The score includes music from Lawrence’s GRAMMY-nominated album Goshen, released on RCA Inspiration, a division of Sony, along with new music for this production.

The production is directed and co-choreographed by Deeply Rooted Co-Founder and Creative Director Kevin Iega Jeff.

ABOUT DEEPLY ROOTED DANCE THEATER
“…The company has not just withstood, but it has flourished during two decades of the country’s political, social and economic roller-coasters.” – Joanna Furnans, Windy City Times Chicago’s Deeply Rooted Dance Theater is rooted in traditions of American and African-American dance, storytelling, and universal themes that spark a visceral experience and ignite an emotional response in diverse audiences worldwide.
DRDT collaborates with nationally renowned choreographers, across the spectrum of modern, ballet, and African dance, to reflect contemporary voices.

In Chicago, the company has performed at numerous renowned venues including the Auditorium Theatre, the Shubert Theater, the Dance Center of Columbia College Chicago, the Harris Theater for Music and Dance, and the Reva and David Logan Center for the Arts.

ABOUT DONALD LAWRENCE
A GRAMMY® Award and multiple Stellar and Dove Award winner, Donald Lawrence has had a prolific career that spans more than 25 years as a recording artist, songwriter, producer, choir master, and music director. Renowned in creating fresh sounds, inspired storytelling, and vivid live performances, Lawrence conceived the GRAMMY-nominated 2019 album Goshen, featuring the smash hit “Deliver Me (This Is My Exodus)” [featuring Le’Andria Johnson], which was named Billboard’s #1 Gospel Airplay Song of the Year for 2019. He did the choral arrangement for Hamilton’s “One Last
Time” (44 Remix) that featured former President Barack Obama from its Hamildrop series. Lawrence studied musical theatre at the prestigious Cincinnati Conservatory of Music, received BMI’s Most-Performed Gospel Song of the Year Award for “The Gift” and BMI’s Christian Songwriter of the Year Award, hosted multiple years of Verizon’s How Sweet the Sound nationwide choir competition, led the McDonald’s Inspiration Celebration Gospel Tour as music director, and worked with En Vogue, Lalah Hathaway, Faith Evans, Stephanie Mills, The Clark Sisters, Kirk Franklin, and BeBe Winans.

He is the music producer for the upcoming Lifetime biopic on The Clark Sisters, which is produced by Missy Elliott, Mary J. Blige, and Queen Latifah. Lawrence produces through his company Quiet Water Entertainment.

TICKET INFORMATION
Tickets are available now for groups of 10 or more by calling Broadway In Chicago Group Sales at (312) 977-1710 or emailing [email protected] Individual tickets for GOSHEN will go on sale at a later date. For more information, visit BroadwayInChicago.com

ABOUT BROADWAY IN CHICAGO
Broadway In Chicago was created in July 2000 and over the past 19 years has grown to be one of the largest commercial touring homes in the country. A Nederlander Presentation, Broadway In Chicago lights up the Chicago Theater District entertaining more than 1.7 million people annually in five theatres. Broadway In Chicago presents a full range of entertainment, including musicals and plays, on the stages of five of the finest theatres in Chicago’s Loop including CIBC Theatre, James M. Nederlander Theatre, Cadillac Palace Theatre, and just off the Magnificent Mile, the Broadway Playhouse at Water Tower Place and presenting Broadway shows at the Auditorium Theatre.