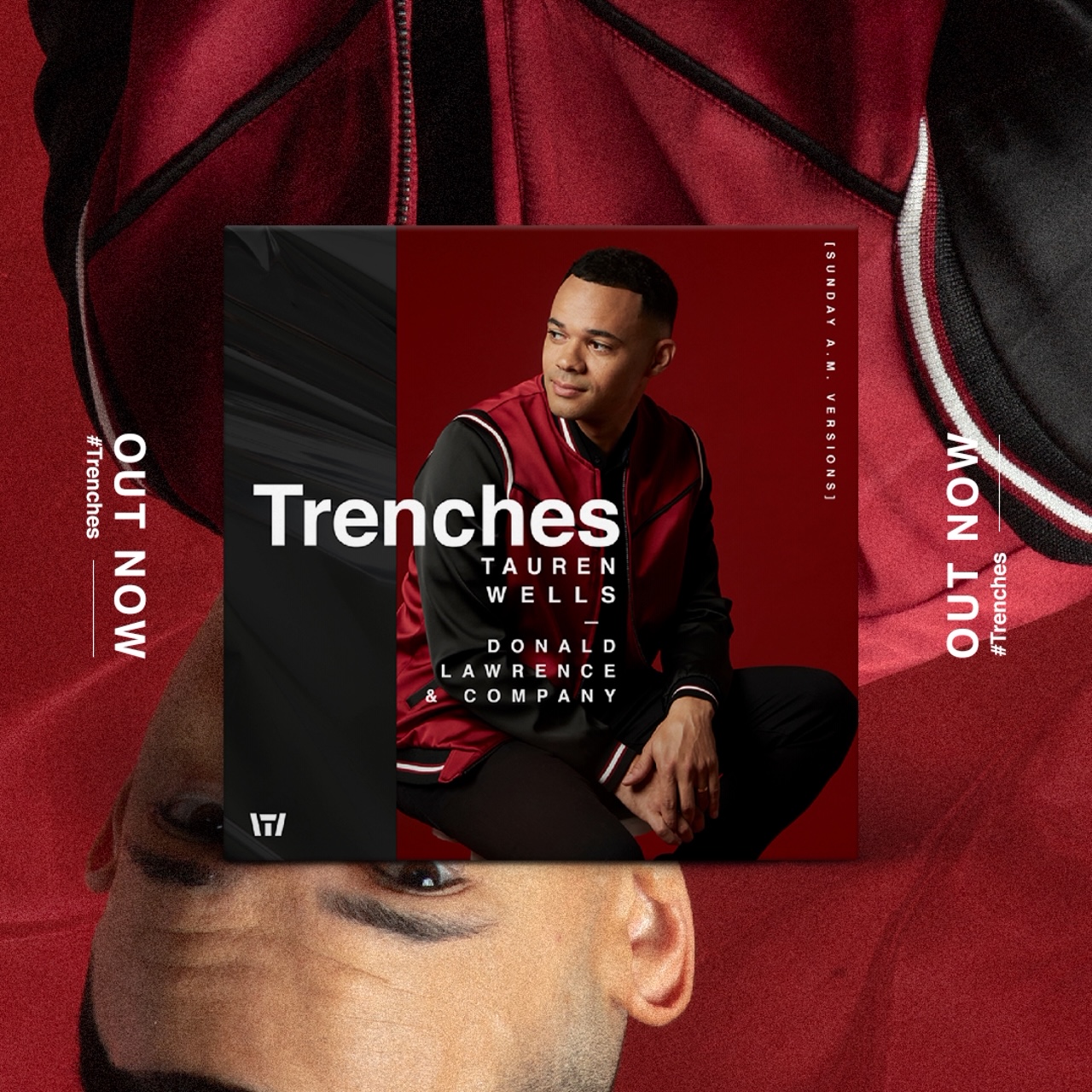 Creating a fresh take on his song “Trenches,” six-time GRAMMY® nominee Tauren Wells paired up with GRAMMY® winning artist/producer Donald Lawrence, collaborating in the studio with the prolific choir master/producer to record the new track. Produced by Donald Lawrence, Wells’ new version creates a powerful soaring anthem with his vocals and the featured voices of Lawrence and his choir group Company. Wells also debuted the new Sunday A.M. version of “Trenches” with a solo performance on the Stellar Awards.

Tauren Wells says of performing on the Stellar Awards, “It’s an incredible honor to be among so many artists that I have admired as heroes and peers over the years! To contribute to a night celebrating a musical expression that shaped so much of who I am is surreal for me. I can’t wait to see all of the performances and honor the nominees and winners!”

Celebrating God’s love and covering in times of need when we feel defenseless, “Trenches” is written by Tauren Wells, Chuck Butler, and Ethan Hulse. Check out Tauren Wells’ performance of “Trenches” on the 35th Annual Stellar Awards show, airing on BET on Sunday August 23rd, at 6 pm EST/5 pm CST. You can also catch Wells on the Stellar Awards red carpet, which will stream on the Stellar Awards’ Facebook and Instagram pages beginning at 5 pm EST/4 pm CST on Sunday August 23rd.