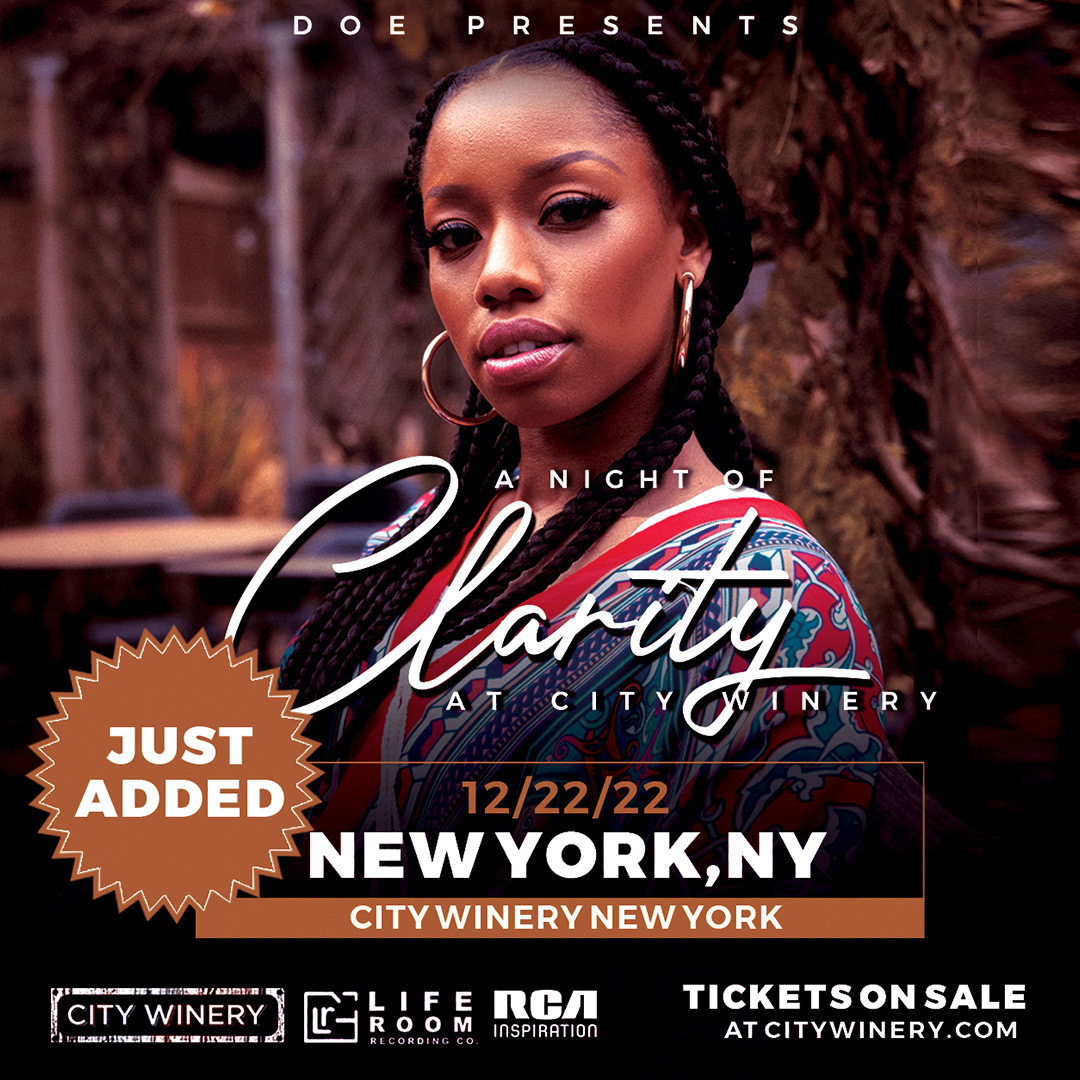 First featured off her acclaimed solo debut album CLARITY, which was released by Jonathan McReynolds’ Life Room Label in partnership with RCA Inspiration, DOE shares the transformative power of God on “What I’m Waiting For” in this Spanish-language single release “En Ti Yo Esperaré,” creating a moving portrait of spiritual nourishment.

Taking her album on the road, fans can catch DOE performing live on her solo tour in the month of December on her “A Night of Clarity” Tour, with a New York date just added on December 22nd at City Winery. Tickets are on sale now, with a full list of tour dates and cities below.

DOE’s songs on CLARITY, including her #1 Gospel hits “Brighter” and “When I Pray” continue to inspire audiences around the world. Fans can also catch DOE on TBN’s acclaimed program “Praise,” and next see DOE performing on the “Gospel Superfest Holiday 22” special, which will air in national syndication from November 28th to December 25th, 2022 (Check local listings for air dates/times). Voting is still open for the American Music Awards (airing November 20th), where DOE is nominated in the category of Favorite Gospel Artist, with voting open to the public daily at VoteAMAs.com through November 14th.

Connect with DOE at:

For “A Night of Clarity” Tour Inquiries